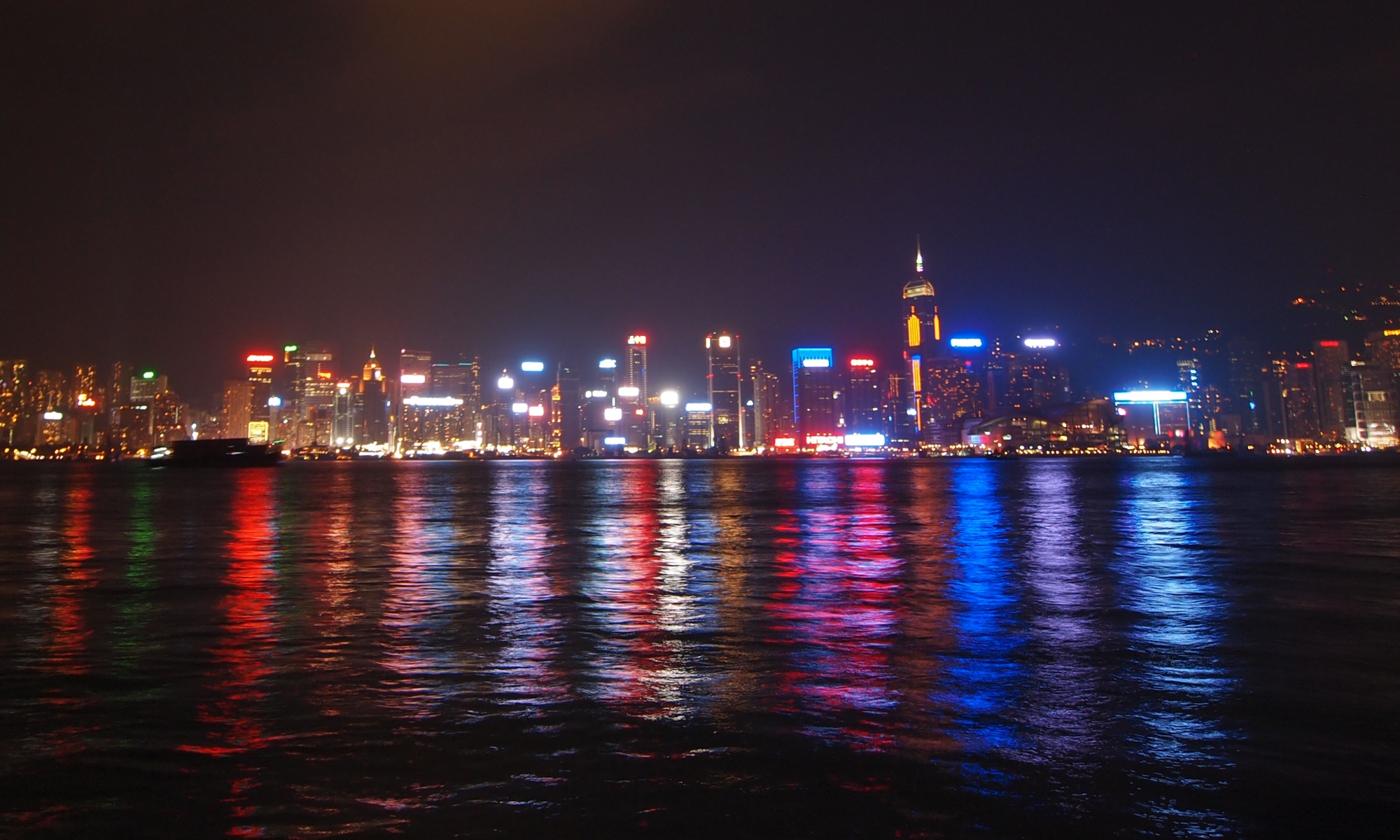 In the middle of my time in Japan, I took a side trip to HK to meet up with some friends. My friend Selene got a job out there, so Eric and I decided to go visit. Wow. HK is so different from JPN, but it was an amazing city! Let me show you…

The first thing that hit me in HK was the huge difference in metropolitan technology. Selene noted that the city has one of the biggest gaps between the ultra-rich and the ultra-poor. This creates a city that looks very much like the future. But as I told Eric, it’s like both good future and bad future. You know those movies that show society well into the future with flying cars, spaceships, robotic servants, and sleek metallic clothes? That’s the good future. Think: the Jetsons. But there are also movies that show the bad future… when humanity’s advancements also make city-life dark and dangerous. Think: Blade Runner. Well, that’s what Hong Kong is like. Good future + bad future. The buildings, trains and city look so beautiful from the outside, but once you get into certain areas of the city, it looks like the lower levels of Coruscant. If you’re a Star Wars fan, you know what I mean.

I think part of the beauty of Hong Kong is that there are so many different people working to help the city to thrive. The tough part is seeing the difference between the rich and poor. In actuality it’s not filled with bounty hunters and smugglers (and is not dark and dangerous), but you definitely can see the ultra-rich drive around in their European import cars while the working class stocks vegetables at their ground-level stores.

We ate some great Dim Sum at this Michelin star joint near our hostel. We got there before it opened, and it’s a good thing we did. By the time we got a table, the line was down the block!

They had these really interesting chashu baos there. I love chashu baos. These had a crisp sweet coating on top of the bao… and they were filled with delicious bbq pork. WOW. We loved them so much, we ordered a second set.

From there we headed to Sai Kung to walk around and get some fresh seafood. It was a 40 minute drive by bus to a beautiful ocean cove filled with smaller islands. It was a quieter fishing area compared to downtown.

There was more that happened on day 1, but I’ll save that for post 2: Day1B. I leave you with this cool pic of the HK $10 bill. It has a clear window in the center of the bill! Why is US currency so boring?