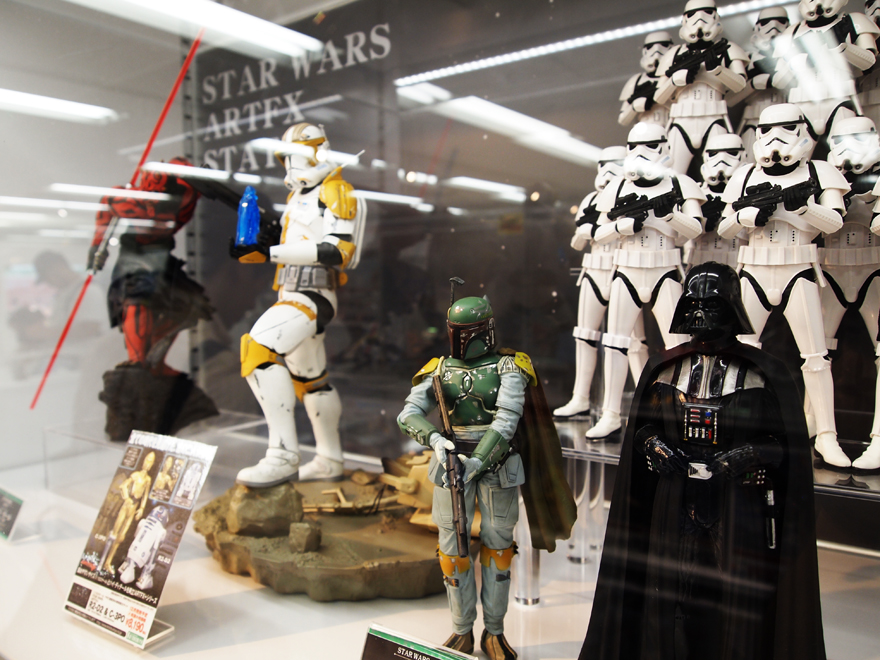 Today I rested… sort of.

I started off the day by sleeping in, then headed out to do some shopping. I chose Akihabara because it was only a short distance from my hotel. I ended up walking the entire way… it was nice… only about 10-15 minutes away. There are a ridiculous amount of shops in this district… more electronics than you can think of. Some stuff is used, some is junk, and some is pretty good stuff. A few of the stores are 7 stories high… filled with all sorts of the latest TVs, movies, phones, etc. I spent a good amount of time in a few of these, but came away empty handed. I was hoping for some super-advanced Japanese electronic device (maybe a time machine or a robot companion) but nothing caught my eye. Here’s some of what i did see though…

After I shopped around, I headed back to the hotel to drop stuff off and rest. But only for a bit. I wanted to get to see Edo Castle at night. One new fact I learned today: YOU CANNOT SEE EDO CASTLE AT NIGHT.

The castle is locked up from early afternoon… and you can only see dark silhouettes of trees and bushes surrounding the palace grounds. Guards patrol all bridges across the giant moat, so nobody can get near the royal family. I brought my camera, but the only thing to take pictures of was the army of runners around the moat. I decided to walk around the entire moat anyway… in case there was something cool to see. 5 miles later, my feet regretted that choice.

I was starving, so I popped into a local place to eat. I got some curry and beef with rice. The food did not compare in any way to what I’d been eating over the last few days. Kagoshima and Sakaiminato spoiled me. It was now raining and my shirt was soaked with sweat and rain, so I headed back.

But, I was determined to get something I had wanted since I got to Japan. ICE CREAM. So I let my shirt dry a little, then grabbed a rain jacket to search for my favorite flavor: MATCHA GREEN TEA. FYI, my favorite ice cream flavor is green tea… and my favorite way to eat ice cream is in sandwich form. Luckily, in Rosemead there is a little Japanese market where I discovered Green Tea ice cream sandwiches a few years ago. But if that little market in Rosemead could sell GT ice cream sandwiches, Japan MUST have something similar! Here’s what I found:

Haagen-Dazs!! What the heck!? SELL IT IN AMERICA!!!

It was pretty scrum-diddly-umptious. It was crispy, which is different from the one I eat back home… a light, airy “cookie” (not sweet), a crispy matcha coating to keep the ice cream together (think klondike, but a ba-jillion times better), and Haagen matcha ice cream.

And now… it is time to pack and sleep. One more half day here. Gotta make it count.

Grace and peace to you from Tokyo!

One Reply to “Rest, Rain, and Robot Cafes.”